Goodness! That title is a mouth-full! But doesn’t it make you want to have breakfast for dinner tonight?! I might stray from our weekly meal plan and make a batch of these myself!

I got the idea for this stuffed french toast recipe when Ian and I were out for brunch at The Creamery. They have their own spin on stuffed french toast, but I wasn’t a huge fan of the cream cheese filling. As any foodie would do, I took the parts of the dish that I loved and combined them with new flavors. In this case, it was swapping out the cream cheese filling with a light maple bourbon whipped cream. The result was drool-worthy!

Feel free to mix and match flavors and have fun with this recipe. Don’t like sautéed apples? Throw on a handful of fresh berries! Love cream cheese? Then forgo the whipped cream. It’s all about experimenting in the kitchen and discovering new flavor combinations that you love. Make sure to share your re-creations with #beautyandblooms so I can like your photos! 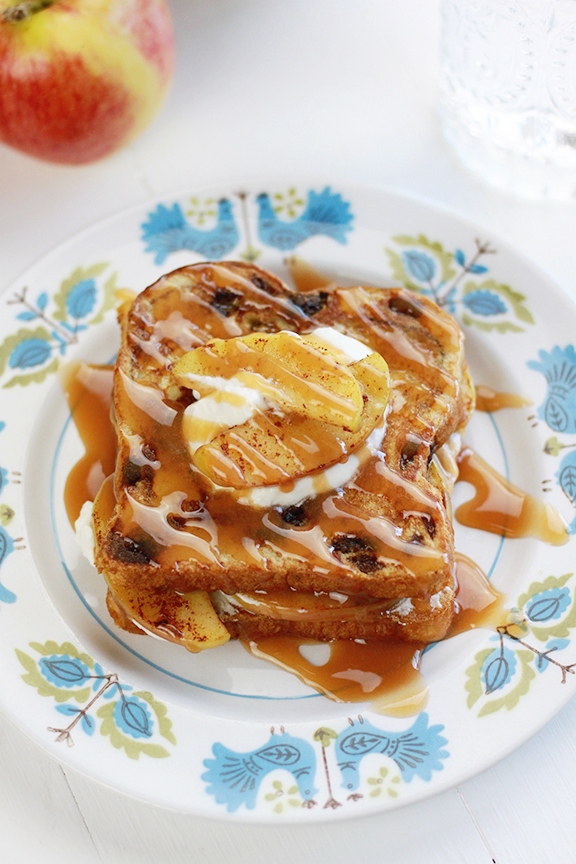